This cannot have failed to escape your attention over the last day. Massive scoop with over 400 journalists involved, leaking 11.5 million papers belonging to Panamanian law firm Mossack Fonseca. Provides evidence of massive offshore operations being run, and with many connections to various world leaders, including a few UK peers, former MPs and apparently dozens of party donors. I think we should make a statement on this, emphasising how we support reform of the tax system internationally, and particularly in the UK and within UK overseas territories (ie Cayman Islands, British Virgin Islands), which are some of the worst places for tax evasion. We should also emphasise our support for whistleblowers and accountability of public officials when it comes to their financial arrangements. Stuff like that. Thoughts?

This would be ace. Shutting down UK tax havens is in the manifesto already. Can we do an image campaign thingyjob? 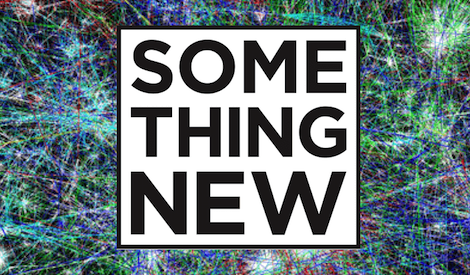 Something New is a political party for the 21st century, building a better democracy for the future.

The Panama Papers leak from Panamanian law firm, Mossack Fonseca, is the largest leak in known history, consisting of 11.5 million papers. Mossack Fonseca is the 4th largest provider of offshore services in the world, so this leak is merely the tip of the iceberg. Nevertheless, it implicates an extraordinary number of public officials, including world leaders and their relatives.

Here at Something New, we support reform of the tax system, nationally and internationally, to prevent widescale tax evasion and avoidance, such as the evasion and avoidance demonstrated by the Panama Papers. In our manifesto, we pledge to “close down all tax havens under British jurisdiction,” including the Channel Islands, the Isle of Man, the Cayman Islands, the British Virgin Islands and others. Furthermore, we pledge to “work at an international level to get rid of tax havens,” including closing tax loopholes such as the ‘Double Irish Dutch Sandwich’.

In the general election campaign, we remained true to our manifesto, for example, at the Horsham Churches Together Husting, when our Horsham candidate Dr James Smith said: “We have a tax gap of at least £35 billion a year, maybe up to £120 billion. By closing those tax loopholes, cracking on evasion and funding enforcement properly, we can quite easily reverse the destruction of social care. It’s a sign of a civilised society that we look after those weaker and more vulnerable than us, and our government priorities need to reflect that.”

David Cameron has promised to tackle tax avoidance for years, but has failed to take any tangible action. Regardless of whether he is involed in his late father’s tax evasion schemes, the very fact that the UK is implicated so widely in the Panama Papers, is a damning verdict on his own record as our Prime Minister for the last six years.

We also would like to take this moment to express our strong support for whistleblowers that reveal the extent to which the people we trust are actually not very trustworthy. This is why we support the anonymous whistleblower that revealed the Panama Papers to the world, as there is nothing more important, when it comes to democracy, than accountability of public officials, and this includes they financial arrangements and whether they are avoiding tax.

Pretty good! One bit of feedback: I think the long list of people implicated could be just a link to another site; it just gets between the reader and the point we want to make, which is that the UK runs a whole load of tax havens; we’re complicit in the whole thing. We don’t need to point fingers, plenty of people are doing that already.

I’d love to get an image to share on social media as well. Something with text like “X% of the panama papers companies are in UK-run tax havens; let’s shut them down and make tax fair for everyone”, with a link to something new and a couple of hashtags. @EhmAyWithE (or any other volunteer with photoshop), is that something you could knock up, do you think?

Yeah - I thought it would be a relatively short list - turns out I was wrong. We could mention two or three names though, the more prominent ones. Ie, Arron Banks, Howard Flight and Lord Astor.